Since then, Bram has continued to find new successes. He now announces that he has three upcoming horror film projects, all of which he co-wrote and plans to direct. One of them he co-wrote with Jeffrey Reddick, who was co-writer of the original Final Destination. 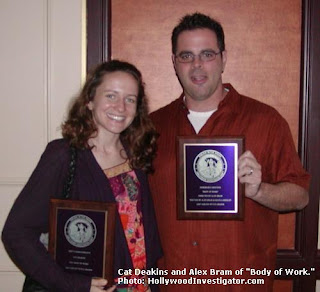 Bram is also founder and director of the Carnival of Darkness horror short film festival.

He is one of many horror film festival directors who work, or aspire to work, in the entertainment industry.

Details on Bram's current horror film projects may be found at Panic Attack Films.
Posted by Thomas at 11:05 PM